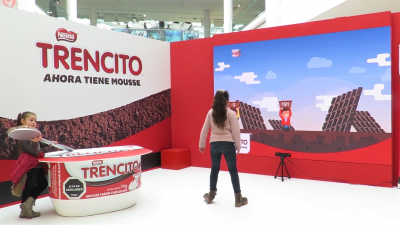 AN INTERACTIVE CAMPAIGN WITH SEVERAL DIMENSIONS.

When Nestlé were about to launch their new chocolate mousse, they wanted to do it big. Together with them, Clear Channel Chile installed a 3x2m large Kinect digital screen in one of the busiest malls in Santiago de Chile. The screen recognized your movements standing in front of it, making the character on the screen imitate your every move. In this multiplayer game you had to catch as many chocolate mousses as possible by moving your body, making the character in the game mirror your moves.

As an extension of the game, a giant dummy of the product was placed next to a branded photo wall where people could take pictures and share them on social media. To add yet another dimension, the pictures shared online were displayed on the digital screens located in the mall.

The result? Over 500 people participated in the activation! 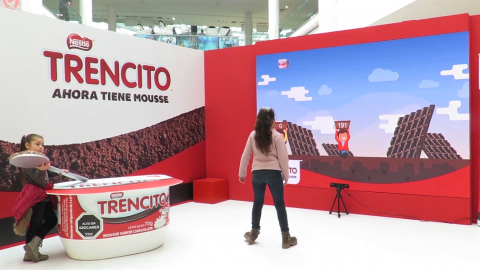 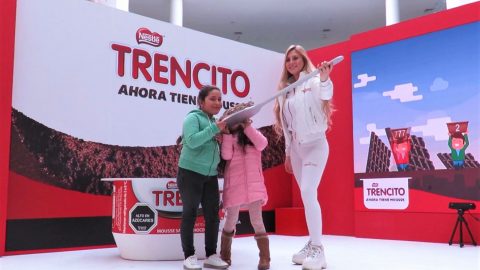