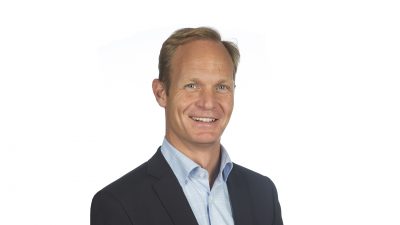 “We are reducing the number of managers to simplify the flow of information and decision making throughout the company, and the new role will be central to our development going forward. Clear Channel has the best reach in Sweden, as well as a pre-eminent access to the young target group. Now we merge the important work of building customer relationship with our communication and will therefore be able to present our great offer in a more visible way” says Henriette Zeuchner.

Claes Kugelberg has worked at Clear Channel for nine years and is responsible for building the development strategy and evolve relationships with the company’s partners, including municipalities, regions and private property owners. Kugelberg has previously been the Nordic Communications Director at Attendo and has worked as a Communications Consultant at JKL.

“The Society and the industry have been through challenging times over the past six months and the balance between caution and investment has never been more important. Claes knows our product well and with his cutting-edge knowledge in sales and communication, he´s perfectly suited for developing our commercial division. Claes has done a phenomenal job developing relationships with our establishment partners, both in Scandinavia and internationally, and I am very much looking forward to work closely with Claes in this new challenge” says Henriette Zeuchner.

“We operate in a difficult time and the recession due to Corona challenges both the industry and Clear Channel. At the same time, we see an obvious recovery after the summer and have several exciting things coming up. I have had the privilege of working at Clear Channel for nine years now and I’m looking forward to a greater and more coordinated responsibility for our development” says Claes Kugelberg, new Scandinavian Chief Commercial Officer at Clear Channel.

The change in management results in four Scandinavian roles disappearing in departments including Sales, Communication and Market. At the same time, the former Development Director, Emil Hemström, will take on the role as Scandinavian Chief Development & Construction Officer. This role is also part of the Scandinavian management team.

“Emil has not only built a world-class team, he has also proved to be a very strong leader in his role as Head of Development. This feels like a natural step for him and I look forward to follow his journey in the company” says Henriette Zeuchner.